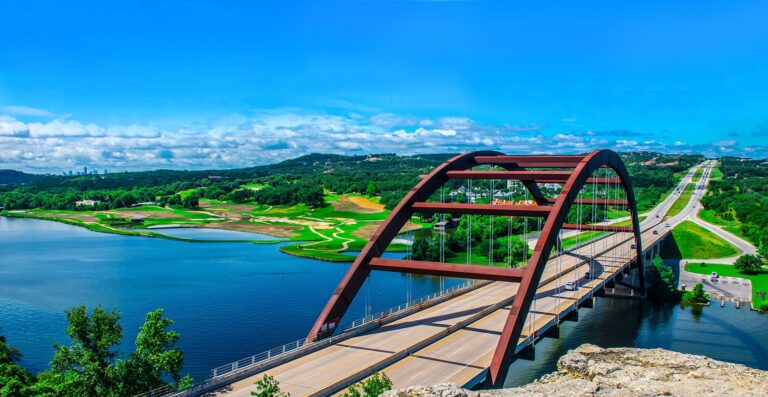 This ongoing project located about 1-mile north of Pennybacker Bridge that spans Lake Austin consists of two PS&E packages along SL-360 at Spicewood Springs Road and Lakewood Drive in Austin, Texas. The scope of work for this project consists of 16 bridge borings and 59 retaining wall borings along SL-360. Geotechnical engineering recommendations were provided for bridge foundations, mechanically stabilized earth (MSE) retaining walls, and soil/rock nail cut retaining walls along the project alignment. The geotechnical field investigation was particularly challenging due to traffic control efforts within the active roadway, steep terrain within TxDOT right-of-way, and the very hard limestone formation. Field work, laboratory testing and engineering recommendations were provided to the design team ahead of project schedule.

Commonly known as the “360 Bridge”, the Percy V. Pennybacker Jr. Bridge in Austin, Texas, is a through-arch bridge across Lake Austin which connects the northern and southern sections of the Loop 360 highway, also known as the “Capital of Texas Highway.” The road is widely considered one of the most scenic urban drives in Texas, in large part due to this arched weathering-steel bridge and the rolling hills that flank the road.